Rule 13q-1, which requires resource extractions issuers to disclose payments made to foreign governments, was adopted by the SEC on June 27, 2016. This rule was initially adopted in August 2012 but was vacated by the U.S. District Court for the District of Columbia. Since then, several other entities adopted transparency rules that are similar to Rule 13q-1, and the SEC re-proposed the rules for the payment disclosures back in December of last year. Now, the rule has been finalized and resource extraction issuers will be required to disclose the payments in XBRL format using Form SD starting with their fiscal year ending no earlier than September 30, 2018. 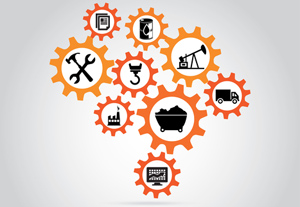 We previously discussed the rules for the disclosure of payments in December when the proposed rule was released by the SEC. The rules were generally adopted as proposed with the addition of two targeted exemptions to the reporting obligations. The first exemption provides a longer transition period for companies that were recently acquired and not previously subject to reporting payment information. The second exemption provides a one-year delay in reporting payments related to exploratory activities. Additionally, the SEC has stated that it will exercise its existing Exchange Act authority to provide exemptive relief from reporting on a case-by-case basis.

Under the final rules, resource extraction issuers must disclose payments that are:

–  made to further the commercial development of oil, natural gas, or minerals;

–  within the types of payments specified in the rules (including taxes, royalties, fees, production entitlements, bonuses, community and social responsibility (CSR) payments that are required by law or contract, payments of certain dividends, and payments for infrastructure).

These disclosures must be made at the project level.

The disclosure of payments will be filed to EDGAR using Form SD no later than 150 days after the end of an issuer’s fiscal year. The disclosure will be included in an exhibit to Form SD and prepared using XBRL. Reports prepared to comply with a foreign jurisdiction’s or with the U.S. Extractive Industries Transparency Initiative’s (USEITI’s) resource extraction payment disclosure may be used to meet the SEC’s reporting requirements if they are deemed “substantially similar” by the SEC. Issuers choosing to file a report in this way would submit Form SD with that report attached as an exhibit and include a statement in the body of the Form SD that the issuer is relying on this alternative reporting and identifying the alternative reporting regime for which the report was prepared. Alternative reports must still be tagged in XBRL.

As the deadline for the first filing approaches, Novaworks will be providing additional information and guidance on how to prepare the XBRL exhibit for Form SD. Tools to create XBRL reports using the resource extraction taxonomy have already been developed for GoFiler Complete, GoFiler Corporate and GoXBRL. As the taxonomy is reviewed and revised by the SEC, our developers will similarly update our XBRL creation tools.

If you have more questions about Form SD or about the new reporting requirements, please contact our support team. For more information about our EDGAR reporting tools, contact sales@novaworkssoftware.com.

SEC Release No. 34-78167: Disclosure of Payments by Resource Extraction Issuers

Posted by
The Novaworks Team
in SEC News at 13:20
Trackbacks
Trackback specific URI for this entry
No Trackbacks
Comments
Display comments as (Linear | Threaded)
No comments
The author does not allow comments to this entry