Use of SHA-1 SSL Certificates and Windows Server

Back in November of 2013, Microsoft released a Security Advisory stating that by January of 2016 Microsoft would no longer allow root authorities to issue certificates using the SHA-1 hashing algorithm. As that date has come and gone, most users probably never even noticed anything happening. This is because browsers were quick to adopt the new changes. E-commerce is part of everyday life and no one wants to buy something from a site that their browser says is insecure. However, SSL certificates are used for many other things, including verifying publishers of software and drivers. This is also known as code signing. 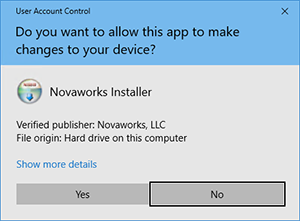 So what do this mean for end-users? Not too much except there may be many software providers who will be quick to drop support for older versions of Windows. This can already be seen as Firefox and Google Chrome have already limited their support of older versions. Here at Novaworks we will not actively support Vista and Windows Server 2008, but we will attempt to maintain compatibility as long as it is feasible. It is important to note that Server 2008 R2 does support SHA256 code signing certificates but does not properly display both certificates if an executable is dual signed.

What does a Code Signing Certificate do?

Posted by
The Novaworks Team
in Information Technology at 15:42
Trackbacks
Trackback specific URI for this entry
No Trackbacks
Comments
Display comments as (Linear | Threaded)
No comments
The author does not allow comments to this entry