On June 28, 2018, the SEC held an open meeting in which they presented several final, approved rules and new rule proposals. Taken together, these changes represent progress toward many of the Commission’s priorities. 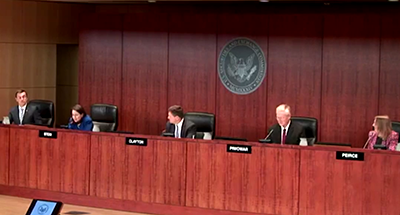 Included in the measures:

You will be able to view the webcast of the open meeting on sec.gov.

Posted by
The Novaworks Team
in SEC, XBRL at 11:44
Trackbacks
Trackback specific URI for this entry
No Trackbacks
Comments
Display comments as (Linear | Threaded)
No comments
The author does not allow comments to this entry