The answer is complicated and something that many investment companies and filing agents may not want to think about. While it doesn’t mean the end of your filing obligation, it could mean the end of the SEC’s N-SAR Software and that could spell trouble for your SEC filings.

Microsoft brought about an end of an era on April 8, 2014 when they ceased their support of Windows XP. For over a decade, Windows XP had been a presence in the offices of nearly every company out there, and, despite the end of Microsoft’s Extended Support, there are still a number of companies who haven’t migrated to a supported operating system because of the costs involved or because they don’t quite trust that the newer versions of Windows are better. 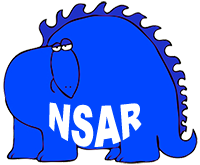 But for companies filing reports to the SEC, holding out and using the devil you know may no longer be an option. The loss of support for Windows XP is particularly troublesome for registered investment management companies, who must file Form N-SAR.

To be frank, Form N-SAR is a dinosaur in these modern times of smartphones, cloud computing, and XML. The editor provided by the SEC to create the “answer file” needed when filing N-SAR runs in DOS. Yes, DOS: Disk Operating System, circa 1980. The initial release of DOS was 32 years ago and it hasn’t been included with new PCs for over ten years.

And the answer file for N-SAR is simply plain text that looks cryptic to anyone attempting to create or edit one on their own. If you were to ask an employee to install the SEC’s N-SAR Software, would he or she even know where to begin? The N-SAR installation instructions sound simple... until you get to step 2: “Insert the blank floppy disk into Drive A.”

A floppy disk? Can you even find a computer with a floppy drive in your office?

The SEC flirted with the modernization of Form N-SAR back in 2012. They had provided a technical specification that discussed how an XML version of the Form N-SAR answer file should be composed. But after a number of delays, the efforts to modernize Form N-SAR were abandoned. With no modernized form and now with the end of support of Windows XP, filers are faced with a two-fold problem: where can they find a platform to create the N-SAR answer files and, if they have a computer that both runs DOS and on which the N-SAR Software works, what recourse do they have if something on that computer were to fail? With no support for Windows XP, and limited capabilities of Windows Vista to run DOS programs, filing N-SAR has become a quandary for many.

Outsourcing the problem seems to be one viable solution. Pass the issue onto a filing agent and let them deal with it. When their one computer that can run the N-SAR Software fails, it’s their problem. But is that really cost-effective? And furthermore, is it smart? The liability of a missed filing still falls to the registrant.

There is a solution. Novaworks has developed an answer file editor as part of our GoFiler Family. It looks like a simple form and runs in all the newer versions of Windows. If you’re an agent performing a number of filings for various companies, we offer our flagship product, GoFiler Complete. If you are managing the SEC compliance at an investment company, we provide GoFiler Funds, a solution that includes additional training, support and software services to help you take control of all of your SEC filings. Or, if you only need a solution for N-SAR, we offer a stand-alone product, GoNSAR that contains tools for creating your answer files, editing plain text exhibits, assembling your N-SAR submissions and filing them securely to the EDGAR System.

We guarantee that we will support all newer versions of Windows as they are released, so you never have to worry that upgrading your operating system will disrupt your capability to file.

If you need an answer to the N-SAR question, look no further. We have the solution that works. But if you want to keep that dinosaur running in your modern office, we have an N-SAR installation guide to help you do that, too.

Posted by
The Novaworks Team
in Filing Technology, SEC Filing Help at 11:07
Trackbacks
Trackback specific URI for this entry
No Trackbacks
Comments
Display comments as (Linear | Threaded)
No comments
The author does not allow comments to this entry