The SEC has recently re-proposed Rule 13q-1 and an amendment to EDGAR Form SD to require the disclosure of payments made to governments by resource extraction issuers. Rule 13q-1 was previously adopted by the SEC in August of 2012 but was vacated by the U.S. District Court for the District of Columbia after being challenged by the American Petroleum Institute (“API”), the U.S. Chamber of Commerce, and two other industry groups. Recently, the U.S. District Court for the District of Massachusetts issued an order holding that the SEC unlawfully withheld agency action by not promulgating a final rule. Subsequently, the SEC filed an expedited schedule for promulgating the final rule, re-proposed Rule 13q-1 in SEC Release No 34-77620, and would vote on the adoption of a final rule in June 2016. 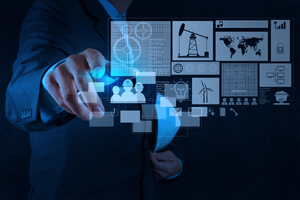 Since the original rule was vacated by the U.S. District Court, several other entities have adopted transparency rules that are similar to Rule 13q-1. The European Parliament and Council of the European Union have adopted two directives that include payment disclosure, and Canada has also adopted a federal resource extraction disclosure law called the Extractive Sector Transparency Measures Act (or “ESTMA”). Additionally, in March 2014, the United States completed the process of becoming a candidate country for the Extractive Industries Transparency Initiative (“EITI”), which has prompted the SEC to consider the guidance in the EITI Standard and the EITI Handbook as well as reports made by EITI member countries as they re-propose Rule 13q-1.

The SEC is proposing that issuers who file an annual report on Form 10-K, Form 20-F, or Form 40-F and who engage in the commercial development of oil, natural gas, or minerals would be required to make payment disclosures. Issuers would also need to disclose payments made by a subsidiary or another entity that is controlled by the issuer. “Control” would be determined by reference to financial consolidation principles that the issuer applies to its audited financial statements in its Exchange Act annual reports.

The proposed rules would require a resource extraction issuer to provide the following information about payments made to
further the commercial development of oil, natural gas, or minerals:

–  The type and total amount of such payments made for each project of the resource extraction issuer relating to the commercial development of oil, natural gas, or minerals.

–  The type and total amount of such payments for all projects made to each government.

–  The total amounts of the payments by category.

–  The type of currency used to make the payments.

–  The financial period in which the payments were made.

–  The business segment of the resource extraction issuer that made the payments.

–  The government that received the payments, and the country in which that government is located.

–  The project of the resource extraction issuer to which the payments relate.

–  The particular resource that is the subject of commercial development.

–  The subnational geographic location of the project.

The proposed rules define “payment” as a payment that:

–  is made to further the commercial development of oil, natural gas, or minerals;

–  includes taxes, royalties, fees (including license fees), production entitlements, bonuses, and other material benefits that are part of the commonly recognized revenue stream for the commercial development of oil, natural gas, or minerals.

“Material benefits” would include:

–  Dividends paid to a government in lieu of production entitlements or royalties; and

–  Payments for infrastructure improvements, such as building a road or railway to further the development of oil, natural gas, or minerals.

The proposed rules further define “project”, which is a change from the previously adopted 2012 Rules. The SEC’s definition for project is based on the definition used by the European Union’s directives and ESTMA. The SEC proposes to define project as “as operational activities that are governed by a single contract, license, lease, concession, or similar legal agreement, which form the basis for payment liabilities with a government”. Multiple agreements that are both operationally and geographically interconnected could be treated by issuers as a single project. The SEC proposes that different terms for two or more projects that are operationally and geographically interconnected would not preclude an issuer from treating those projects as a single project.

How It Would Be Filed

Disclosures would be made annually to EDGAR using Form SD. Disclosure of payments would be tagged in an interactive data format (XBRL) and attached to the filing as an exhibit. The data that would be required to be tagged using XBRL elements include:

–  the total amounts of the payments, by category;

–  the currency used to make the payments;

–  the financial period in which the payments were made;

–  the business segment of the resource extraction issuer that made the payments;

–  the project of the resource extraction issuer to which the payments relate;

–  type and total amount of payments made for each project;

–  the type and total amount of payments for all projects made to each government;

–  the particular resource that is the subject of commercial development (new in this proposed rule); and

–  the subnational geographic location of the project (new in this proposed rule).

It is worth noting that the SEC is also proposing a provision that would allow issuers to meet the requirements of the proposed rules by providing disclosures that comply with a foreign jurisdiction’s rules or that meet the USEITI reporting requirements. The proposed rules would permit compliance under this provision only after the SEC determined that the foreign disclosure requirements were substantially similar to its requirements. This provision would ease compliance burdens for issuers who already disclose payments to governments in other jurisdictions.

When It Would Be Filed

The disclosure of payments on Form SD would be due no later than 150 days after the end of an issuer’s fiscal year.

The SEC is proposing that resource extraction issuers would be required to comply with Rule 13q-1 and Form SD for fiscal years ending no earlier than one year after the effective date of the adopted rules. Users of GoFiler Complete may review the 2013 Resource Extraction Taxonomy that was previously adopted by creating a new XBRL report and choosing the “RXD 2013” taxonomy. If the SEC adopts a final rule for payment disclosure on Form SD, GoFiler Complete will be updated to include the necessary exhibits and the new XBRL taxonomy.

The SEC may rely on both new comments and old comments, including those that were provided in connection with the prior rules that were issued under Section 13(q), when developing the final rule.

Posted by
The Novaworks Team
in EDGAR News, SEC, XBRL at 14:11
Trackbacks
Trackback specific URI for this entry
No Trackbacks
Comments
Display comments as (Linear | Threaded)
No comments
The author does not allow comments to this entry