SEC Proposes New Rule to Aid in Its Administration of EDGAR

On August 24th, the SEC proposed a new rule to aid in its administration of EDGAR. This new rule (Regulation S-T Rule 15 under General Rules and Regulations for Electronic Filings) should allow the SEC to continue to promote the integrity and reliability of EDGAR submissions at a time when submissions to the system are rapidly increasing in volume. 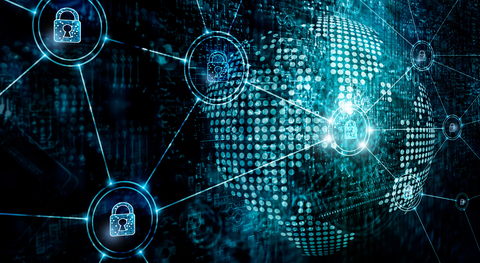 Proposed Rule 15(a)(2) would specify that the SEC may prevent any submission that to EDGAR that poses a cybersecurity threat. This includes but is not limited to those submissions containing malware or viruses. The SEC will communicate as necessary with the filer regarding a suspected submission. Actions to address cybersecurity threats in EDGAR submissions will benefit all EDGAR users while promoting the reliability and integrity of the system.

If SEC staff determine that a submission has not been processed by EDGAR, has been processed incorrectly by EDGAR, or contains an error attributable to the SEC staff, Proposed Rule 15(a)(3) allows the SEC to correct and/or prevent dissemination of the submission. The rule also declares that the SEC may communicate as necessary with the filer to facilitate filer corrective disclosure. Under the SEC’s existing practice, the SEC first attempts to correct the error without unduly burdening filers and without contacting filers unnecessarily (for example, a system outage delaying acceptance of a filing may prompt the SEC to change the acceptance date to the intended date). The SEC may work proactively with filers to accomplish filer corrective disclosure when necessary.

Sometimes filings are incorrectly submitted and therefore not associated with the correct unique identifying number. This can cause confusion for filers, investors, and other EDGAR users. Proposed Rule 15(a)(4) specifies that the SEC may remove and/or prevent public dissemination of a submission that has been made under an incorrect EDGAR unique identifying number. Again, in such a case, the SEC may communicate as necessary with the filer and others to facilitate a filer corrective disclosure. When such errors cannot be resolved by filer corrective disclosure, the SEC may need to remove the erroneous submission.

In the event the SEC determines that a dispute exists as to which persons have the authority to make submissions on behalf of a filer, Proposed Rule 15(a)(5) dictates that the SEC may prevent a filer from making submissions until the dispute is resolved by the disputing parties or by a court of competent jurisdiction. These disputes may arise when two or more parties each claim control of a filing entity and each demand access to the entity’s EDGAR account, for example. Since these situations often fall outside the scope of federal securities laws, the SEC has asked the disputing parties either to resolve the dispute themselves or have the matter adjudicated under the relevant state corporation law.

Proposed Rule 15(a)(6) dictates that the SEC may prohibit acceptance or dissemination of a submission while evaluating the circumstances surrounding the submission should the SEC suspect that a submission or an attempted submission may be misleading or manipulative. For example, the filer may include statements in the submission that do not relate to the form, fail to provide responsive information, or are otherwise misleading. The SEC may allow acceptance or dissemination of the filing if its concerns are satisfactorily addressed. In these circumstances, the filing would receive the date it would have received as long as other provisions of Rule 15 do not apply.

The SEC cannot anticipate every submission issue that may arise. Therefore, proposed Rule 15(a)(8) would specify that in certain circumstances the SEC may take further appropriate steps to address a matter concerning a submission and communicate as necessary with the filer regarding that submission. Specifically, under the proposed rule, the SEC may take such further steps if a submission issue cannot be addressed solely by filer corrective disclosure or by the actions set forth other sections of the proposed rule.

The proposed rule would not change filers’ obligations under the federal securities laws to ensure the accuracy and completeness of information in their EDGAR submissions. In addition, many administrative and substantive EDGAR submission issues can be addressed through filers submitting a filer corrective disclosure. The SEC will reserve the right to act without any advance notice to filers or any person. Still, the SEC recognizes that administrative actions under the proposed rule should not unduly hinder or delay the EDGAR submission process. Accordingly, proposed Rule 15(b) specifies a method for the SEC to provide notice of its actions under the proposed rule to a filer and any person the SEC considers relevant to the matter. The SEC would send the notice and corresponding factual statements by electronic mail to the email address on record in the filer’s EDGAR account and the email address of any relevant persons.

The public comment period for these amendments will begin following publication on SEC.gov and remain open for 30 days after publication in the Federal Register. You can submit comments using the form available on the SEC’s website or by e-mailing rule-comments@sec.gov with the proposed rules’ reference number in the subject line. You can also use the Federal Rulemaking Portal to submit comments or send your comments by mail to Secretary, Securities and Exchange Commission, 100 F Street, NE, Washington, DC 20549-1090. In all cases, be sure to reference File Number S7-11-20.

Posted by
The Novaworks Team
in EDGAR News, SEC, SEC Filing Help at 18:53
Trackbacks
Trackback specific URI for this entry
No Trackbacks
Comments
Display comments as (Linear | Threaded)
No comments
The author does not allow comments to this entry