The SEC voted on November 24, 2020, to propose rules that would permit an issuer provide equity compensation to certain “platform workers” who provide services available through the issuer’s technology-based platform or system. Under the proposal, such permission would be issued on a temporary basis and subject to percentage limits (no more than 15% of annual compensation), dollar limits (no more than $75,000 in three years) and other conditions. 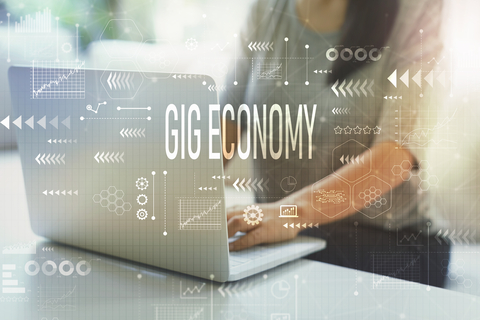 Public comment received in response to the SEC’s July 2018 Concept Release on Compensatory Security Offerings and Sales greatly shaped the proposed revisions to Rule 701 and Form S-8. The proposed rules reflect: 1) the change in the makeup and involvement of the workforce since the last time Rule 701 and Form S-8 were significantly amended; and 2) how new types of work relationships between companies and individuals have developed as technology has advanced. Workers who take part in the “gig” (task- or job-oriented) economy connect with companies’ online platforms to find specific types of work. These workers have become more and more essential by providing a variety of end-user services that further the growth of the national economy.

The modifications would allow the SEC to be able to evaluate whether issuances have the anticipated beneficial effects for issuers in the “gig economy” and their investors or if such issuances have caused unintended consequences. This includes those platform workers who have received securities as compensation. These evaluations would help the SEC determine whether to amend or broaden the scope of Rule 701 and Form S-8 on an extended or permanent basis. The proposed amendments would require an issuer that sells securities to platform workers to provide certain information to the SEC at six-month intervals to help in the evaluation of the proposed expanded scope of Rule 701 and Form S-8.

Under these new amendments, an issuer would be able to use the Rule 701 exemption to offer and sell its securities on a compensatory basis to platform workers who provide bona fide services by means of a widespread, technology-based marketplace platform, an internet-based platform or system provided by the issuer. The following conditions would apply:

In an accompanying release, the SEC also proposed further amendments to Rule 701 and Form S-8 to revise the structure for compensatory securities offerings more generally to let personnel receive equity compensation from their company while keeping with important investor protections.

In addition to the aforementioned changes, the proposed amendments would allow an Exchange Act reporting company to make registered securities offerings to its platform workers using Form S-8. With the exception of the proposed transferability restriction, the same conditions proposed for Rule 701 issuances would apply to issuances to platform workers on Form S-8. The proposed amendments do not permit the issuance of securities for platform worker activities that are related to the sale or transfer of permanent ownership of discrete, tangible goods. Depending on the results of the initial expanded use of Rule 701 and Form S-8, the SEC may consider expanding eligibility to other activities, such as selling goods or other non-service providing activities in the future, should these proposed rules be adopted.

The SEC is seeking public comment on the proposed rule for 60 days following publication in the Federal Register. Interested parties may send comments electronically via the SEC’s internet submission form or email submissions to: rule-comments@sec.gov. Paper submissions may be mailed to Vanessa A. Countryman, Secretary, Securities and Exchange SEC, 100 F Street, NE, Washington, DC 20549-1090. Submissions should refer to File Number S7-19-20, and if email is used, the file number should appear on the subject line. Information that is submitted will become part of the meeting’s public record and posted on the SEC’s website at sec.gov.

Temporary Rules to Include Certain “Platform Workers” in Compensatory Offerings under Rule 701 and Form S-8 (www.sec.gov)

Posted by
The Novaworks Team
in SEC at 10:22
Trackbacks
Trackback specific URI for this entry
No Trackbacks
Comments
Display comments as (Linear | Threaded)
No comments
The author does not allow comments to this entry