On September 20, 2020, EDGAR Release 21.3 was released by the Securities and Exchange Commission. This release includes new submission types N-RN, 424I, and SBS DISPUTE NOTICE. This release also introduces a Pilot phase for filing Form 24F-2 in a structured XML format. 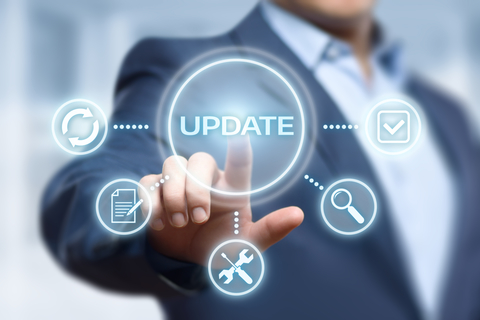 This release introduces a Pilot phase for filing Form 24F-2 submissions in a structured format. Form 24F-2 may be filed using the new online version available on the EDGAR Filing Website, or it can be constructed by filers according to the new EDGAR Form 24F-2 XML Technical Specification.

If filing online, submission types 24F-2NT and 24F-2NT/A are accessed by selecting the File Form 24F-2 link on the EDGAR Filing Website. Instructions for filing have been added to two new sections in Chapter 8 of volume II of the EDGAR Filer Manual.

Filers will allowed to submit the new versions of 24F-2NT and 24F-2NT/A beginning September 20, 2021 through January 31, 2022. Beginning February 1, 2022, filers will no longer be able to file 24F-2NT and 24F-2NT/A through the EDGARLink Online interface of as EDGARLink Online filer-constructed submissions. Filers will be able to submit both TEST and LIVE filings of these form types in a structured format beginning February 1, 2022.

Under Release IC-34084, submission form types N-CEN and N-CEN/A were updated to include the following changes for Item C.7 “Reliance oncertain statutory exemption and rules”:

Under Release IC-34084, submission form types NPORT-P, NPORT-P/A, NPORT-NP, and NPORT-NP/A, will be updated to include the following two new sections and corresponding sub-sections, as follows:

Additionally, the description for Item B.8 was updated.

The IFRS-2019 Taxonomy is no longer allowed.

The privacy notice has been included on Form ID to clarify that information provided on Form ID may become publicly available. The EDGAR Filer Management, EDGAR Filing, and EDGAR Online Forms Management websites will also be updated to include the EDGAR Privacy Notice. Both of these notices can be found in the full release notes available from the SEC.

Version 5.10a of the GoFiler family will address these changes to EDGAR. If you need to update your version of GoFiler, use the Check for Updates function within your software. For a full list of improvements that were made for Version 5.10a, please refer to the software release notes.

Posted by
The Novaworks Team
in EDGAR News, SEC at 12:33
Trackbacks
Trackback specific URI for this entry
No Trackbacks
Comments
Display comments as (Linear | Threaded)
No comments
The author does not allow comments to this entry