What Pay Versus Performance Reporting Would Entail

On April 29, the SEC proposed new rules to require companies to disclose the relationship between their executive pay and their financial performance. The goal is to provide shareholders with a new metric to assess a company’s executive compensation relative to its performance and to be able to compare that metric across a peer group. This would also provide shareholders additional information to increase transparency and help better inform them when they vote to elect directors or vote on executive compensation. 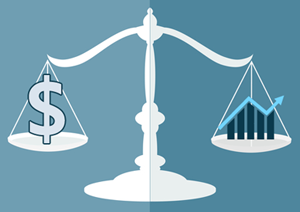 Information collected in this new table would include:

–  the year the compensation was provided

–  the compensation actually paid to the principal executive officer

–  the company’s total shareholder return on an annual basis

Registrants would also need to provide footnote disclosure of the deductions and additions used to determine the executive compensation actually paid to the principal executive officer and the remaining executive officers.

Foreign private issuers, registered investment companies, and emerging growth companies would be exempt from this rule.

Novaworks provides a free fact sheet that outlines the requirements for this disclosure.

Comments that have been received by the SEC regarding this proposed rule are available here: http://www.sec.gov/comments/s7-07-15/s70715.shtml.

Posted by
The Novaworks Team
in SEC at 09:24
Trackbacks
Trackback specific URI for this entry
No Trackbacks
Comments
Display comments as (Linear | Threaded)
No comments
The author does not allow comments to this entry